Many counsellors and psychotherapists are concerned about the viability of counselling as a respected and valued profession. Of course, the proper place of counselling and psychotherapy in society has long been debated with no solution in sight. However, assessing the profession’s value to society is much easier. Quite simply, judging from the job opportunities available to its practitioners, it doesn’t have any value. 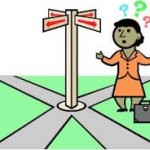 Full-time counselling work is rare and professional career ladders are non-existent. It seems that society does not value the talking therapies very much at all. That’s why the government has refused to regulate counselling and psychotherapy. As a result, again quite consistent with the lack of respect with which society views psychotherapy, anybody with any training, (or none), can call themselves a therapist, and they do. This means that the voluntary services, the rehabilitation trade, outsourced social work agencies, and even some sectors of the NHS, employ some very odd people. However, if you are really looking for the weird and wonderful, just trawl through some of the private practitioners’ websites  It is little wonder that counselling fails to gain much public acclaim.

I would argue that the public won’t respect counselling until counselling respects itself. It had the opportunity to establish itself as a respected profession with a serious academic discourse, an evidence-based ethos, and an up-to-date practitioner development structure back in 2010 when Professional Regulation was being debated. The Core Curriculum Consortium was buzzing with innovative ideas. The fact that the Government dropped the ball and decided against regulation did not mean that the Professional Bodies had to listen to the siren calls of those who were frightened of raising our professional standards.

Unfortunately, in terms of disciplinary practice, training and education, the British Association for Counselling and Psychotherapy, (BACP), has failed to grasp the professionalisation nettle and opted instead for its Voluntary Register, a joke qualification that devalues the many counsellors who struggle to advance their professional status by working for qualifications at graduate level and beyond. Sadly, the BACP further devalues this professional calling by its portrayal of counselling in Therapy Today. TT is not a serious professional publication, one that adequately portrays the purposes and the image of a calling deserving of respect from a wider public. Try reading it from the point of view of an intelligent layman. Firstly it is alarmingly parochial and nepotistic. The same old names appear month after month, Box interviews Cox, Cox reviews Box, and self-congratulatory editorial matter abounds. Secondly, it often appears written purposely to appeal to the weird and wonderful and to deter those whose feet are more firmly anchored in reality, (see the recent articles on ‘Wild Therapy’; ‘Creativity and Spirituality’, and so on, and so on.).

It seems to me that today’s therapists have two choices. They can remain part-time members of a part-time, ‘hobbyist’, calling that has no proper professional structure and little public respect. Alternatively, they can choose to enter the modern world of seriously trained, appropriately disciplined and regulated, professionals, and offer their clients innovative, real-world, targeted therapies based more on evidence and less on belief. As always in this life, it’s a case of ‘stay as you are and die’ or ‘move forward and prosper’. It’s decision time, both the BACP and for every individual practitioner. Which will they choose?